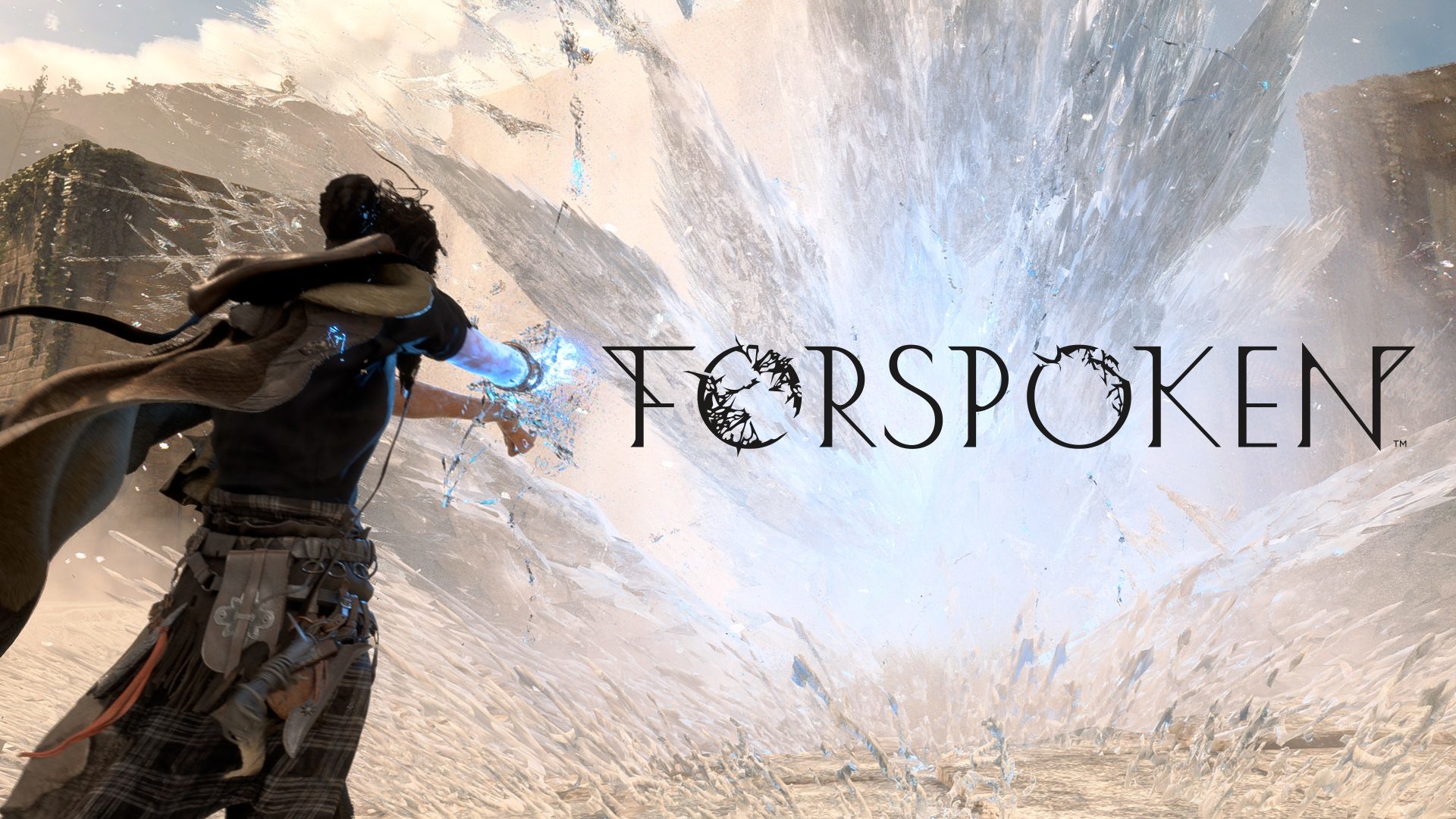 The newest big-budget AAA game from Square Enix with Isekai-inspired storytelling comes out Tuesday, January 24th as a PS5 console exclusive as well as to PC. Fans have been looking forward to this twice-delayed game and now that the review embargo has lifted, are being graced with more screenshots, footage, and thoughts about the game from different content creators online.

The plot follows the story of Frey Holland, a young woman from modern-day New York City. After having some trouble with the New York legal system and getting into a conflict with a local gang, she finds herself transported into the magical world of Athia, thanks to the companion character, Cuff – a magical and sentient vambrace that is fixed to her forearm.

Athia is a fantasy world full of magic, dragons, and beautiful landscapes. The world itself, though, is plagued by an evil, chaotic storm that poisons and corrupts anyone or anything it touches. Incredibly, Frey seems to be immune to the break, which is what puts her in the perfect position to fill the role of becoming the world’s heroine.

Within Athia, there are four regions: Praenost, Avoalet, Junoon, and Visoria, each ruled over by a matriarch called a Tanta. These Tantas, once glorious and benevolent rulers, were corrupted by the Break and are now evil. Frey must travel to each of their realms and cure (defeat) them so that they can help save the land from the curse.

Frey is an insecure and troubled individual. She doesn’t accept much help from others in the world and she doesn’t like to help many people either because she has grown up in an unforgiving, dangerous world. So, during the narrative-heavy gameplay experience, players will be largely left to their own devices as Frey and Cuff traverse the world and take on the Break.

Forspoken is an open-world, third person, action-adventure RPG. As players advance the game’s story, they uncover more of the game’s massive map by engaging in sidequests, missions, and other open-world activities. As with any open-world game, one of the most important parts is traversal, or how players will be getting around.

Magic parkour is Forspoken’s shining element that allows Frey to dash, leap, soar, and even grapple around the world at high speeds, using Cuff’s magic to propel her forward. Compared by many to Insomniac’s Spider-Man games, the movement in Forspoken is fluid and smooth, letting players get a feel for the world by soaring through it at high speeds and truly immersing themselves in the vast, open spaces.

As players progress through the game, they gain access to more magical parkour abilities. From the beginning, Frey is able to use her magic to dodge enemy attacks, run at fast speeds, and vault over smaller obstacles. Eventually, she’ll be able to climb higher walls and cliffs, zip her way to grapple points, and even use water-based magic to break her falls from high places.

There are so many treasure chests, collectibles, crafting ingredients, and other such things littered around the map, that Frey’s magical parkour abilities come in quite handy as players search every inch of Athia in order to discover everything it has to offer.

The second impressive part about Forspoken’s gameplay is its combat. Frey uses her magical abilities to engage in fast-paced action combat with many different types of enemies that roam the lands of Athia. The combat loop has Frey weaving in her magical parkour abilities with her combat spells in order to zoom around the battlefield, avoiding any damage to herself while causing the most damage to her opponents as possible.

Players start out with both combat spells and support spells. Frey’s initial combat spells, or her purple magic, are earth based, ranged attacks that fire stones and boulders at enemies from a distance. Her support magic involves different plant life that can bind enemies to the ground or sweep them off their feet, sapping their health.

As players progress, though, they will gain access to more combat abilities and spells. Each major boss that Frey defeats grants her access to an entirely new set of spells. And this is good, because all the enemies in Athia have strengths and weaknesses, which means they are vulnerable to some magic, but strong against other magic types. Players will have to strategize and engage in each combat encounter tactically in order to prevail.

As with any good open-world RPG, Forspoken allows players to upgrade their skills. Magic can be upgraded in two different ways – with Mana as well as with spellcraft challenges. Players can find pools of Mana around the world and they can also earn Mana by leveling up. This Mana can then be used like skill points to upgrade Frey’s magical spells and even learn new ones.

Spellcraft challenges are taken on at a refuge, which is a safe space in which Frey can upgrade her equipment, find lore, and also rest to regain her health. Here, she can select up to three spellcraft challenges that require her to perform some combat move or traversal tactic a certain amount of times, which rewards her with stat increases and upgrades her skills.

Forspoken streamlines RPG gear by limiting Frey to three pieces of equipment that can be switched out and upgraded at refuges – cloaks, necklaces, and, most uniquely, nails. Cloaks and necklaces have stats for health and defense as well as buffs to Frey’s different magic skill trees. Different nail designs augment Frey’s magical combat in various ways, like adding more critical hit chance and other such staples in the genre.

So, once players master the magical parkour movement, start weaving it into the combat loop of using attack and support spells together, and also augment their stats in the best way possible using the gear, they will be able to take full advantage of all Frey’s capabilities and take on all the threats that Athia has to offer.

Though Square Enix has confirmed that Forspoken will remain a single-player game and will not include any multiplayer game modes, the developers have announced the first piece of DLC, which is a prequel story called “In Tantas we Trust,” which will follow the storyline of Athia’s matriarchal rulers, and possibly give players more insight into how they fell to the Break.

As previously stated, Forspoken is coming only to PS5 and PC. However, this is a timed console exclusive and the trailer states that it will be exclusive for 24 months, which means that the game will probably come to other platforms after that time. The PlayStaton Store has a demo available for players to try out as well. The game has a standard edition as well as a digital deluxe edition. Also, players that have pre-ordered the game will be given some unique items on PlayStation as well.

The PC system requirements have been a source of controversy for a lot of content creators and people online. The requirements that Forspoken has for PCs are quite hefty, needing quite high-end, expensive graphics cards, CPUs, and RAM in order to run the game at standard settings. In order for players to play the game at max settings, they will need even better hardware. The system requirements in full can be seen here:

Forspoken is available for PS5 and PC on January 24th.

What to Expect from Hogwarts Legacy