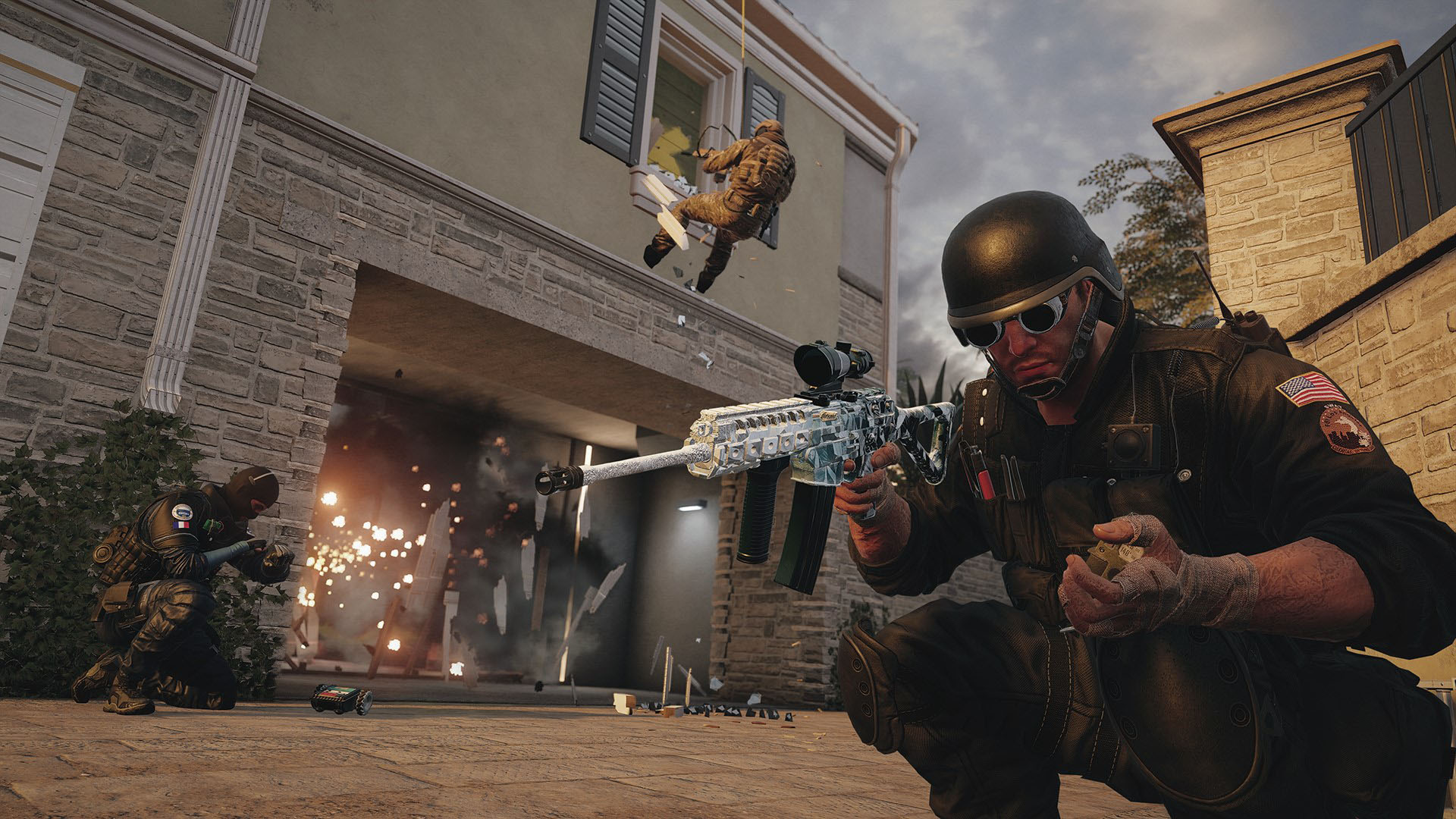 If you enjoy Rainbow Six Siege, the thrilling shooter game by Ubisoft, you will want to know if it supports crossplay and cross-progression. We have all the details for you.

Rainbow Six Siege remains one of the most popular tactical shooter games, although it has been around since 2015. Developed by Ubisoft Montreal, the title is known for fresh content and breathtaking operations that never get old. The latest in the lineup – Rainbow Six Operation Solar Raid – went live in November 2022.

You might wish to pair up with friends on another console if you enjoy shooter video games. Everything is more thrilling with pals on your side, never mind their chosen platform. So, can Rainbow Six let you ace the game with friends on other consoles, PC, etc.?

Yes! The video game supports crossplay between different consoles like Xbox and PlayStation. It also offers gaming among users on PC, Stadia, and Luna. So, if you wish to enjoy this thrilling title with your pals on other platforms, you are in luck.

The game also supports cross-gen play for both prime console families: Xbox and PS. It implies you can team up with someone on PS5 if your chosen platform is PS4. Ditto for those on Xbox One, Xbox Series X, or S.

A few minor limitations may arise when you play with someone on Xbox. For instance, they won’t be able to see any text chats you send them.

Is Crossplay Active for Rainbow Six on Mobile?

Nope. The handheld version of the game is very different and limited in operators and maps. You cannot experience crossplay between mobiles, PC, and consoles – at least for now. It also seems unlikely that the feature will get integrated in the future.

How can you Enable Crossplay for Rainbow Six Siege?

You can activate crossplay by linking your gaming accounts to one Ubisoft account. The status (active) will be visible under the Options menu.

Turning it off is also straightforward if you would rather not play with those on other platforms. Turn off the setting under General >> Crossplay Matchmaking. Then, you can play with those in the same console family.

Oh yes. The game also supports cross-progression between all the compatible platforms. It means your progress will get saved when you hop onto one channel from another, saving you the trouble of starting afresh.

The only limitation is that some progress might only get saved between Xbox and PlayStation (and, in the same vein, among PC, Stadia and Luna.) It includes your current rank, history, and Skill MMR. Besides these snippets, everything else gets accessed between all supported platforms, including some in-game content. (The default will be the highest level you have attained.)

Here too, you must ensure to link to the same Ubisoft account. Only then can you enjoy cross-progression and experience seamless gaming each time.

There you have it, the lowdown on crossplay and cross-progression on Rainbow Six Siege. Go ahead and get them foes down.

Is Crossplay Enabled for GTA 5 & GTA Online? We Have the Details for PC, Xbox, and PS

Everything to Know about Forspoken