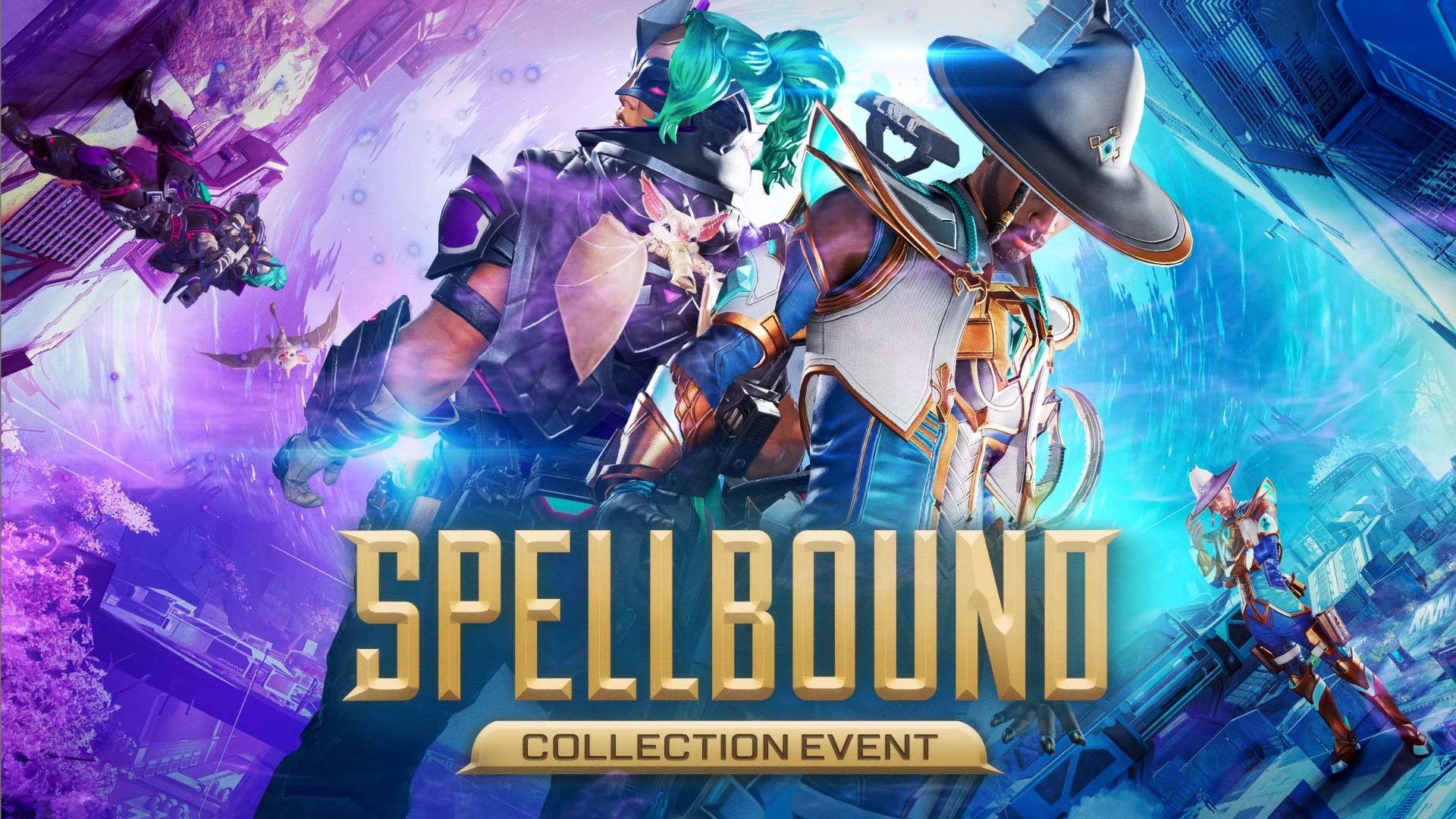 Currently in its 15th successful season, Apex Legends is a widely popular game that supports cross-platform play and is available on all major platforms, including PC, PS4, PS5, Nintendo Switch, Xbox One, and Xbox Series X/S. Players love hopping into two and three-player squads and playing as “legends” or different heroes that have specific skills and abilities.

Throughout its seasons, Apex Legends has had various events and updates that have added content and made changes to keep things fresh for players, so now fans are excited to find out what the new year will bring.

What is the Spellbound Collection Event?

New skins, private matches, and the fan-favorite LTM Control are all included in this event and players will be able to access it all starting January 10th!

In a hero-based game like Apex Legends, collecting new skins for heroes is always a big priority for players. There are 23 unique characters to choose from in Apex Legends, and each has a fully customized playstyle that may or may not speak to various players.

First-person shooter games are highly competitive and can even have a steep learning curve, especially if they have a lot of different mechanics to learn. However, one thing that definitely brings the entire community together with these types of games is skin-collecting.

The Spellbound Collection Event introduces many new skins for characters like Mirage, Seer, Mad Maggie, and Vantage. These skins plus other cosmetic items (for a total of 24 limited-time items) will be added during this event.

Players have until January 24th to get their hands on these skins and other cosmetic items, which gives them a full two weeks to get it done. However, there is a way for players to earn some free items as well!

What is the Reward Tracker?

As with previous collection events, the Reward Tracker allows players to earn free items by progressing in various ways – an easy way for fans to get their hands on some great gear!

It is always a good sign when game developers allow players a chance to get their hands on in-game items, both utility-related and cosmetic items, by accomplishing in-game tasks instead of just going solely for the micro-transactions route.

But the question is – how do players accumulate points in order to get their hands on these items? Well, the return of a fan-favorite game mode is the wondrous answer to that question.

A 9 vs. 9 battle to control the different zones on the map with infinite respawns – Control is back! Fans are excited to see this game mode return once again.

It is true that Apex Legends players have been calling for Control to become a permanent game mode for quite some time, ever since its launch early last year. However, for now, it seems that the mode will only be available over the course of the two week event.

In any case, players will be able to play it as many times as they want during that time and the larger scale PVP matches are sure to be a popular hit.

Control will be available at three different POIs on different maps in Apex Legends. Storm Point: Barometer. World’s Edge: Lava Siphon. Olympus: Hammond Labs. There are also a number of updates to the game mode being added as well:

Players can now create and host their own tournaments! By generating a unique match code, players can take on the role of host and create their own Apex Legends tournaments with their friends.

Players will be able to create tournaments with up to 20 squads, making for even more multiplayer fun. More information has not been released about this yet, but players are advised to check the FAQs closer to the next patch for more information about these private matches and tournaments.

Seer players and fans will be happy to know that Seer’s Heirloom weapon, “Showstoppers,” is coming with this Event as well!

Apex Legends players can automatically unlock Seer’s Heirloom weapon, Showstoppers, if they unlock all 24 new cosmetic items during the course of the Event. This means players have from January 10th until January 24th to accomplish this task.

As with any major update, the Spellbound Collection Event also includes a patch that fixes some bugs and glitches that have been taking place within Apex Legends. A full list of the bug fixes can be found here: