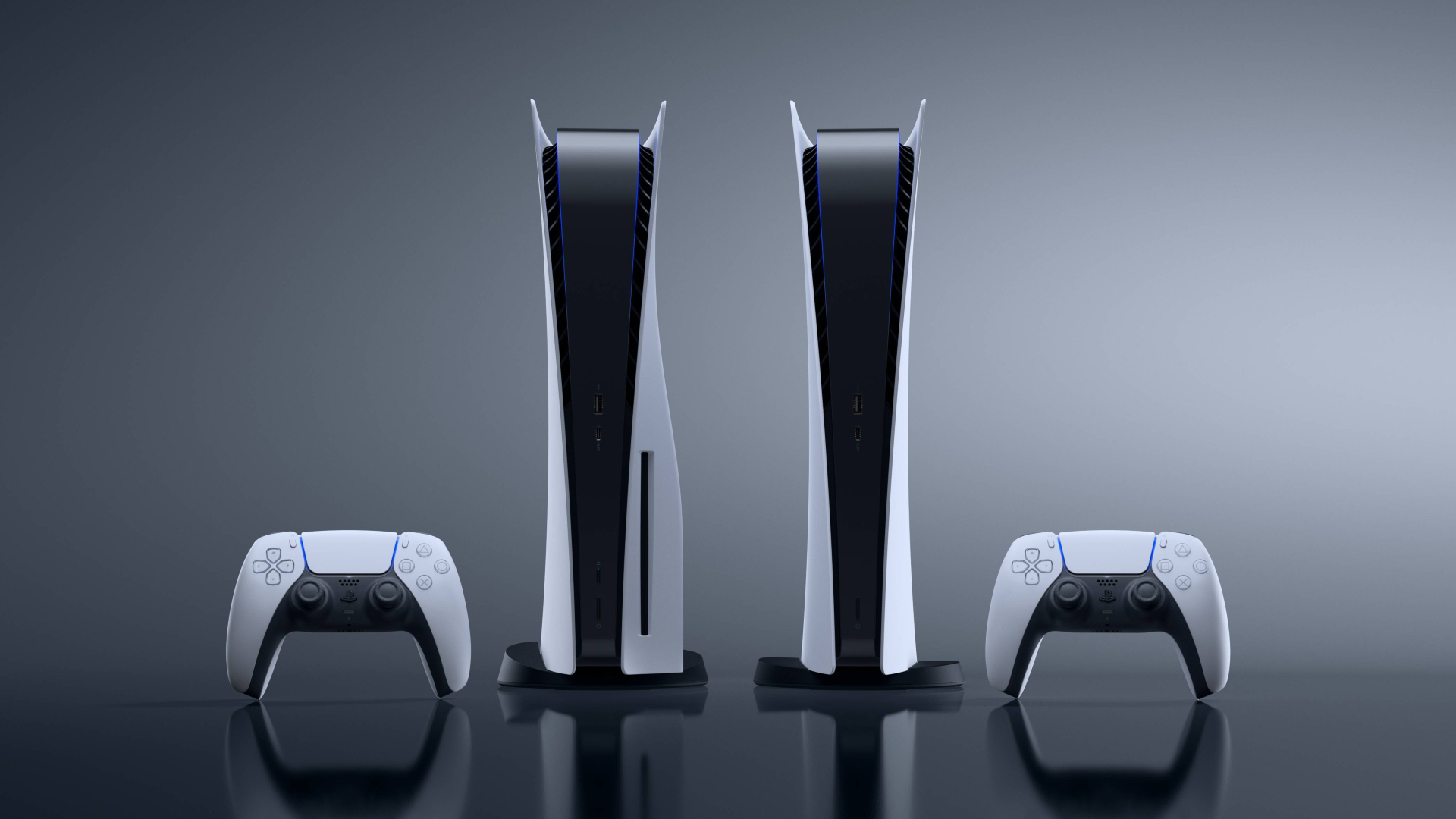 Now that the PS5 shortage has ended, more gamers than ever have upgraded to the newest generation of the Sony PlayStation console. Developers have really taken advantage of the PS5’s power and capabilities and created some fantastic games for the console. The following games are in no particular order – just ten great options for players to pick up if they own a PS5.

Sequel to the 2018 reboot of the franchise, God of War Ragnarok is a compelling narrative as well as an enjoyable gameplay experience. Players take on the role of the God of War, Kratos, and his companions, including his son, Atreus, and the Vanir Goddess, Freya. Fimbulwinter has descended upon the nine realms and Kratos and the others work to bring about Ragnarok to bring down the evil Odin and Asgard itself.

The narrative is an intense emotional journey in which players wield Godly weapons in order to take down some famous Norse deities, in classic God of War fashion. The world is full of vibrant locations and colorful characters. Combat is intense and dynamic. It takes full advantage of the DualSense controller’s haptic feedback and players are really able to feel the impactful blows that Kratos delivers.

Another sequel, Horizon Forbidden West takes everything that was great about Horizon Zero Dawn and expands on it. The beauty in the world and the attention to detail by the developers is astounding. Players will notice that they are able to zoom in so far in photo mode that they can see the individual finger marks in the face paint on Aloy’s face.

Players step into Aloy’s shoes as she travels into the Forbidden West in search of a copy of Gaia, the terraforming AI that was made by her genetic ancestor, Elisabet Sobek, in order to save the world. Now, the blight threatens to end all life on Earth unless Aloy and her friends can stop it.

Combat against massive machines, traversing ancient ruins, and taking on emotional side stories are just a few of the things that make Horizon Forbidden West one of the PS5’s greatest games.

The Last of Us Part 1

A full-blown PS5 remake of the original PS3 game, The Last of Us Part 1 is widely considered to be one of the greatest narratives in gaming. The story follows Joel, who is charged with smuggling Ellie, a young girl that is surprisingly immune to the virus that is ending the world, out of town to get to a facility that could potentially develop a cure.

However, along the way, the two of them go up against many different enemies, some of them zombie-like creatures and others just plain old humans that have become evil in the brutal world that they are having to survive in. Gameplay revolves around stealth and combat to as Joel and Ellie make their way through post-apocalyptic North America.

The greatest part of this game, as well as its sequel, is the narrative, though. The developers have found a way to create characters that players truly end up caring about. The relationship between Joel and Ellie is complex and full of different motivations, and the plot takes many twists and turns as it progresses.

This pre-installed launch title of the PS5 is a brilliantly inventive and engaging platformer that sees PlayStation favorite Astrobot going through different stylized worlds that incorporate elements from PlayStation’s history. The game also shows off the amazing capabilities of the DualSense Wireless Controller.

The game is full of easter eggs that reference many different PlayStation games, but is also a great platformer game in its own right. The time trials, online leaderboards and other such competitive elements also make Astro’s Playroom a joy to play for gamers of all backgrounds.

The latest in FromSoftware’s long line in brutally difficult action-combat RPGs, Elden Ring is set in a massive open world. Players are encouraged to explore the secrets and story of the vast, complex world of the Lands Between to their heart’s content.

Elden Ring takes the magic of an open-world game and the brilliance of Souls game combat and brings them together in a wonderful combination that blends perfectly. Taking the Game of the Year award for 2022, Elden Ring truly shines as a unique experience while also feeling classic and timeless.

A third-person shooter with a psychological horror element, Returnal sees players take on the role of Selene, a pilot that has crash-landed on Atropos, a mind-bendingly complex planet with alien life that is trying with all its might to kill her. Players engage in fast past action combat with bullet-hell elements from veterans in the genre, Housemarque.

One of the great mysteries of Atropos that the player comes across multiple times is that it seems to all be happening in Selene’s mind. Though, the fact that she is there and that she was part of mission that was sent out to scout places in the universe seems to be the truth. However, some part of Atropos seems to be colliding with her own traumatic memories of a different life lived back on Earth.

Returnal is a Rogue-like game, which means that each time Selene dies, she is sent back to her ship and she has to start her journey all over again. The sci-fi mystery is a brilliant tapestry of complex adventure with gorgeous visuals, a haunting score, and engaging gameplay.

The latest in the Ratchet & Clank franchise, this blockbuster return of the iconic duo sees the titular heroes working to stop reality itself from ripping apart. In motion, this game is astonishing – players are able to burst through dimensional portals into entirely new environments with zero lag or loading time, showing off exactly what the PS5 is capable of.

It is a classic in the series with fast paced combat, intense moments of invigorating platforming, and lots of fun, engaging humor packed into the story. Ratchet & Clank are separated into alternate dimensions and they must work together with other allies to find their way back to each other and ultimately stop the universe from literally tearing itself to shreds.

This adorable game charms as one of the best indie games to find its way onto the PS5. Stray has players take on the role of a small cat in a robot city. The visuals are stunning and the attention to detail in the world is phenomenal. The developers took their time and paid great attention to the little moments and background details in the game’s world.

The game is a brilliantly crafted adventure. The stray cat is tasked with escaping the Robot City to find its way back to its family, with the helpful droid, B12. There are many environmental puzzles, different robot NPCs to interact with, and other snippets of lore to collect that give insights into what life was like before the robots.

One of the most beautiful looking racing games to ever exist, Gran Turismo 7 is a masterstroke of game development that puts the cars first before anything else. Yes, there are gorgeous backgrounds and the tracks are placed in picturesque, mountainous surroundings, but the polish and crisp graphical details on the cars are even more impressive.

Players can feel the thrum of the engine through the haptic feedback of the DualSense controller, and are able to experience the game’s 3D Audio through the Pulse 3D Headset as well. The game really lets players immerse themselves completely as they take on the role of a racer that is going hundreds of miles per hour around a track in order to go for the gold.

Another PS5 remake of the PS3 original game, Demon’s Souls is a beautiful world to explore. There is a terrifying aspect to the game that each corner is hiding an enemy that could jump out at any minute to kill the player character. However, the world and gameplay more than make up for this.

The original is a FromSoftware classic, and Bluepoint Games has done a wonderful job of polishing it up, yet still keeping everything in the game that made it great to begin with. The brutal combat, though difficult to master, is a joy to engage in. And of course, the wide variety of enemies and bosses make the game so incredibly entertaining.

What to Expect from Hogwarts Legacy